It’s not only trucking companies that need to be worried about the trucker shortage, but the entire country. With over 68% of freight being transported on trucks in America, the entire economy is going to take a hit. In fact, it is already causing the price of goods to rise and orders being delayed. In a report, the American Trucking Associations predicts we will be up to 175,000 drivers by as soon as 2026. This is a staggering statistic and shows just how hard it is to not only retain drivers but to encourage the younger generations to begin a career in the trucking industry.

In this blog post, we’ll be discussing a few of the reasons why this shortage is taking place as well as provide you with some advice on how your company can avoid the trend and keep your drivers. Through our trucking software, Strategy Systems’ aim is to help trucking companies and freight brokers enhance the efficiency of their business, and also make their overall jobs easier. We hope that through our transportation software solutions, this will encourage more drivers to stay and influence the youth into a career in trucking. For more information about our trucking software or to try a free demo, contact us today.

Causes of the Driver Shortage

One of the main reasons for the driver shortage happened in 2004. Federal rules changed which affected the trucker’s workday and how many hours they were allowed to put in. Before the change, the clock would stop while the driver was at the loading dock, but the new rules that were put into place state that the 11 hours of driving during a 14-hour period begins immediately after the trucker gets in the rig. This caused less time for the drivers to be on the road, in turn meaning that more drivers were required for the routes.

It’s no secret, trucking isn’t easy. From the large amount of time that one has to stay away from your family and friends to the long hours on the road, the job just isn’t meant for everyone. This is especially true for the younger generations. It is not a career that appeals to their current lifestyle, and as we all know, not all of them are the biggest fans of hard work.

We think this is an issue that’s rather obvious. While truckers can certainly make a decent living off their wages if they’re experienced and have a significant amount of routes, the fact of the matter is that many drivers believe that they’re not receiving the pay that they deserve. As we stated above, being a trucker is not a walk in the park. It also works that our economy needs, so it makes sense that there are complaints from those that are willing to do the job but aren’t getting fairly compensated.

In a survey taken by Workhound, truckers were asked about their concerns and problems with the trucking industry, and one thing that was brought up was the people that they encounter. This means the people that receive the freight to the higher-ups at the company. Truckers oftentimes feel disrespected and treated unfairly by others, which has led many of them to hang up their keys. 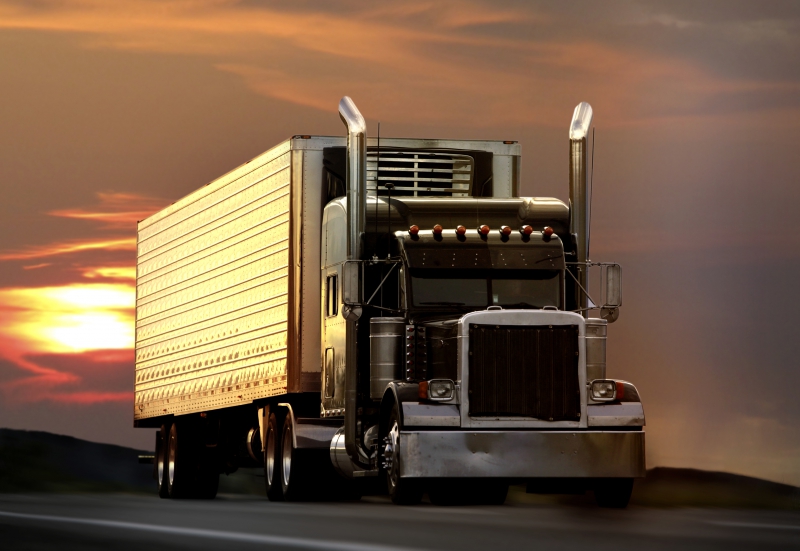 It’s pretty well-known that the trucking industry is overwhelmingly male industry. In fact, it’s been found that only around 6 percent of truckers are women. And gender isn’t the only disparity. 73 percent of all commercial drivers are white. This is crazy to think about. Women and minorities are rarely ever targeted when trying to recruit new drivers, yet the industry needs all the help it can get! If we were to start hiring not only more women and minorities, but also veterans, it will go a long way in helping with the shortage.

Many drivers were fed up with the inefficiency that constantly reared its head. From fudged numbers to deadhead miles and constant miscommunications, it got frustrating. The good news is that this is starting to change. Through the rapid advancements in technology, including our trucking software, keeping track of freights, miles, time, orders, gas, and, well, nearly everything else that needs to be tracked, has become incredibly easy. Long gone are the days of massive piles of paperwork! Downtime has also been beginning to drop since trucks whereabouts are now easy to know, so you and the clients can know when a certain order is about to arrive and be prepared.

A technique that many companies have begun to do in order to encourage drivers to apply is to offer them a sign-on bonus. Some of these bonuses get as high as $10,000! While this, of course, helps attract truckers initially, there is a downside to it. Many drivers will hear about this and use your generosity against you. It’s common for some employees to cash in on the offered bonus, do a little bit of driving, then quit and try the same thing at another trucking company. So while this does help get them in the door, it’s not a long term method to help with driver retention.

We understand that you might not have the ability to pay your drivers more. The business still has to make money after all. And especially for small to mid-sized trucking companies, it would be impossible to boost driver’s pay and also stay afloat. We believe that the industry as a whole needs to address the issue and find a way to increase trucker’s salaries across the nation. As we stated before, it’s a job that many people do not want or are not able to do, and it’s also a job that is absolutely necessary for us to have a strong economy. Therefore, truckers deserve to be paid appropriately.

While there is no doubt that the driver shortage is a real issue for our industry, all is not lost. Drivers are going to be needed for the considerable future, and there are ways that we can combat the trend. Here at Strategy Systems, our goal has always been to help the transportation industry grow and prosper. Since 1982, we have been developing user-friendly, trucking software solutions that make the day-to-day tasks easy and also enhance efficiency for our customers. If you would like to learn more about our trucking software and how it can help your company or would like to give it a test drive with our free demo, then contact us today!